Anyone who has used social media actively in the recent past will undoubtedly have come across memes (posts containing an image or a video accompanied by a piece of text, typically of a satirical nature). But the use of memes by influencers and businesses may prove problematic from a legal point of view. The use of copyrighted material for commercial purposes based on the parody exception may become the subject-matter of a judicial review.

In autumn 2020, DR (the Danish Broadcasting Corporation) contacted a number of influencers, including Anders Hemmingsen, whose profile with more than 1.1 million followers on Instagram is predominantly built up around the use of memes. DR claimed that Anders Hemmingsen had infringed DR’s copyright by sharing a meme from the DR television show Den Store Bagedyst (The Great Bake Off).

This caused Danish MP Henrik Dahl (Liberal Alliance) to submit a number of questions to the Cultural Affairs Committee of the Danish Parliament, which were answered by the then Minister of Culture Joy Mogensen, who stated that DR would not comment on this type of satirical memes in future. Danish journalism trade magazine Journalisten has published an article on the matter, listing examples of the memes that DR had initially asked Anders Hemmingsen to remove.

Fine line between copyright protection and protecting the freedom of expression

DR’s claim was based on section 2 of the Danish Copyright Act, which grants the author an exclusive right to make copyrighted material available to the general public.

One of the reasons why DR ultimately backtracked on its claim was that, due to the non-statutory parody exception, authors must in many cases tolerate that their works are used in satire and parodies. The parody exception is not incorporated in the Danish Copyright Act, but is a principle determined partly by the legislative history behind the Act and partly by the courts of law.

On the other hand, the courts of law do not find that the principle of freedom of expression should prevail in all situations. One example of this is a case involving Danish artist Von Hornsleth and Danish photographer Lizette Kabré, in which Von Hornsleth had used a copyrighted photo of one of his critics in a pornographic collage. In this case, the High Court of Eastern Denmark found that copyright protection took precedence over protecting the artistic freedom of expression.

The use of memes on social media has been the subject-matter of both political and legal discussion: Where do you draw the line between copyright protection and protecting the freedom of expression? And which principle should take precedence?

In Denmark, there is a difference between private and commercial use of memes on social media. The right to quote and the parody exception give private individuals fairly wide scope to share, comment on and make satirical memes and parodies of copyrighted material. The case is more complex from a legal point of view when it comes to businesses and influencers using memes to attract customers or followers for commercial purposes.

The best memes make social media users want to share them with their networks. If a meme goes viral, it will most definitely help a business reach its target audience – without giving the appearance of being an advertisement. Many businesses have therefore started to use or are considering the use of memes as part of their marketing strategy to attract new customers. This has been a contributing factor to an influencer like Anders Hemmingsen building such a large group of followers that he is able to enter into commercial partnerships on the same scale as the biggest Danish influencers.

Okay in the USA, but still a moot point in Denmark

It is important to note, however, that the right to quote provided under section 2 of the Danish Copyright Act generally does not permit businesses to use copyrighted material for commercial purposes. In this context, influencers are treated in the same way as businesses at large. Similarly, the Von Hornsleth ruling shows that the parody exception does not in all situations provide immunity from prosecution for businesses using copyrighted material in a satirical or parody context.

A ruling in the USA in the matter of Campbell vs. Acuff-Rose Music, the court established that commercial parody may in certain circumstances qualify as “fair use” under the US Copyright Act. As a result, major US companies like Budweiser rely extensively on the use of memes on social media.

But it is far from certain that a judicial review in Denmark would produce the same outcome. Businesses and influencers should therefore seek legal advice before they begin using satirical memes in their marketing.

Do you need help?

Our legal experts specialise in copyrights and trademark registration, and we offer a wide range of legal services. 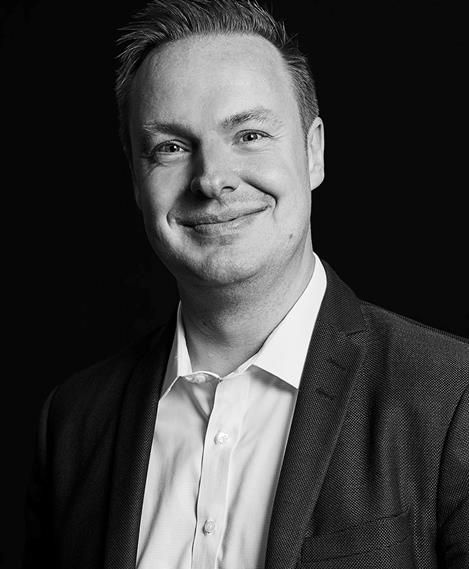