Many Danish influencers fail to secure adequate legal protection of their brand or for commercialising their intellectual property rights. This is a point where Danish influencers are lagging behind their international peers, who are much more inclined to seek legal advice when negotiating contracts, protecting a brand or navigating the legal intricacies of social media.

“Danish influencers are very good at generating income, but they aren’t always aware of their contractual obligations or how to protect their brand,” says Morten Jessel, assistant attorney specialising in entertainment law, who is based at Patrade’s Copenhagen office.

Morten has a background as a legal & business affairs manager with Warner Music Group. He explains that the record company made widespread use of influencers when marketing artists and music.

Unfortunately, many of Denmark’s celebrities, bloggers, influencers and YouTubers have not taken the necessary legal steps to protect their reputation.

“Strong legal protection has increasingly become a necessity in the digital world, because it’s become easier for businesses to photoshop images of an influencer next to their products and thereby freeload on the influencer’s brand. In some cases, that might be devastating for the influencer’s reputation,” says Morten.

Furthermore, many influencers fail to ensure adequate legal representation when entering into commercial partnerships with businesses.

Very often, Danish influencers are affiliated with agencies that work as both their agent and advertising agency. This makes good sense, because most agencies are highly skilled at marketing their influencers and selling their services. However, independent legal advice would often be the best solution for ensuring the influencer complies with rules on concealed marketing set out in the Danish Marketing Practices Act, or that influencers understand the meaning of the confidentiality clauses in their contracts.

“Many influencer and blogger agencies really excel in marketing, and their client contracts often contain standard wording. The problem is if the client rejects such standard terms or if the influencer has achieved such a degree of popularity that an individual contract would be relevant. This is where the legal advisers come in,” says Morten.

Many bloggers and influencers have benefited from Denmark’s consumer ombudsman’s focus on compliance with the Marketing Practices Act, but many of them still find the rules difficult to understand.

We offer to advise our clients on complying with the Marketing Practices Act, including on labelling commercial posts as adverts, and helping them to understand when and under what circumstances the commercial intent must be indicated, for example in terms of declaring if gifts were made in connection with posts or stories carried on social media.

Trademarking should be a matter of course

Our clear recommendation to all influencers is that they should trademark their name in order to protect their brand against copycats or freeloaders.

“As soon as you build a positive reputation and become attractive to businesses, it’s important to consider protecting your name by trademarking it.”

In many cases, a registered trademark will be the best way to protect against other parties exploiting your name, whether the issue is imitated goods from China, compliance with domain registrations or merely to safeguard the exclusive use of your brand domestically and internationally.

It is very common for influencers and other celebrity personalities in international markets to trademark their names and to commercialise their trademarks by way of licencing agreements.

It seems both odd and unfortunate that Danish influencers do so well when entering into commercial partnerships, but that very often they fail to consider the idea of commercialising their intellectual property. They would be in a much better position, if they sought legal advice and had an IPR strategy drawn up commensurate with their trademark portfolio, and if they considered the possibility of licencing their brand to, say, clothing or cosmetics companies for the purpose of generating ‘passive’ income.

Most importantly, influencers must retain control of their brand, so they themselves can decide how best to utilise it.

“As soon as you build a positive reputation and become attractive to businesses, it’s important to consider protecting your name by trademarking it.” 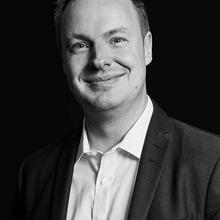