The small North Jutland town of Østervrå is home to high-tech company Polyteknik AS, which specialises in manufacturing thin films. Thin films are ultra-thin coatings used for components in the microchip industry, for infrared camera chips or in sonar systems tracking and determining the distance to objects under water, such as submarines, mines or other sound-reflecting objects, to mention but a few of the ways in which thin film may be used.

“We manufacture the actual coating, applying thin film coatings for other companies. And we build the machines that apply the coating, called PVD systems, which is an umbrella term for a range of different methods for depositing thin film coatings,” explains Jens William Larsen, CEO and owner of Polyteknik. 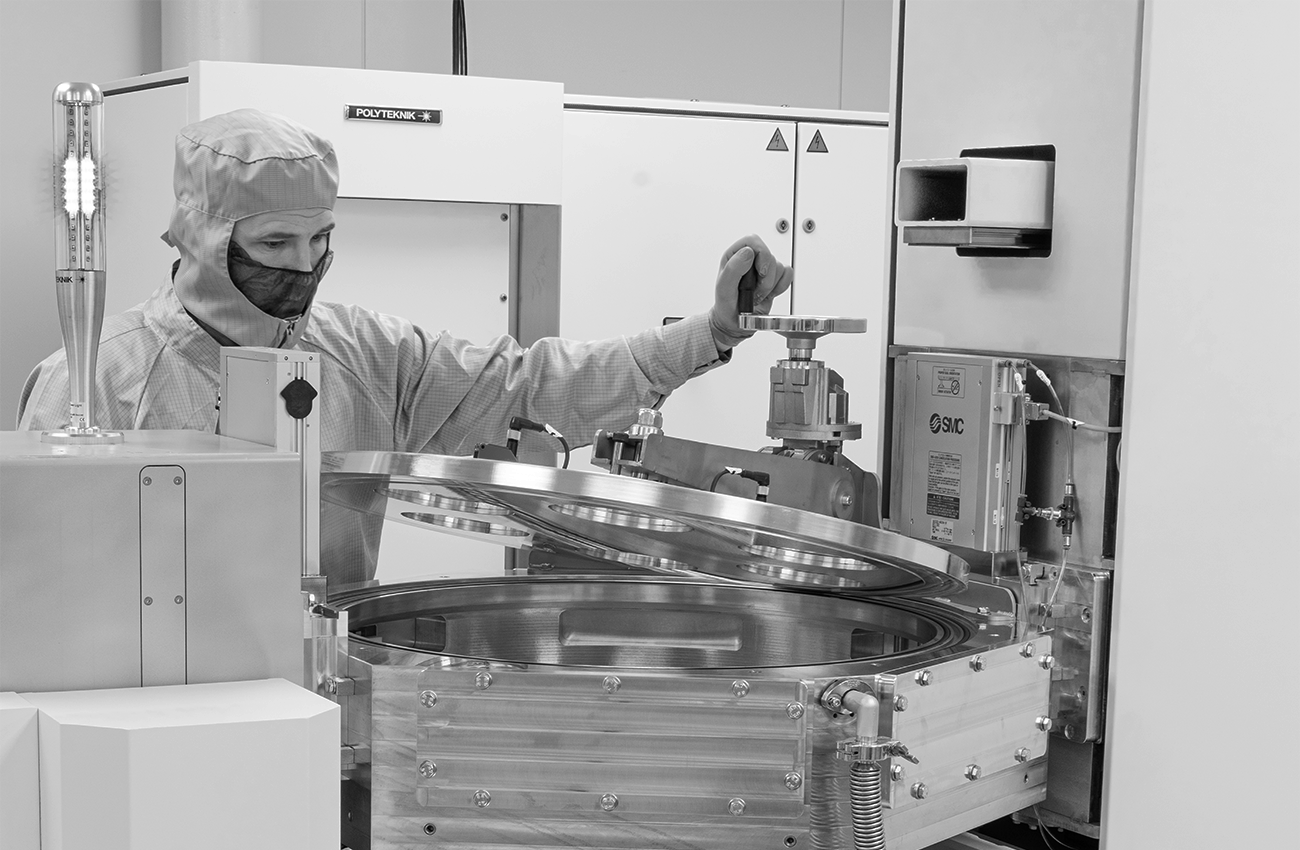 His interest in the combination of vacuum, gas and high voltage – which is roughly what thin films are made of – was sparked already when he was a student. Jens graduated in 1995 with a combined degree in mechanical engineering and applied physics, and he founded Polyteknik the same year to specialise in applying thin films and to develop and manufacture state-of-the-art production machinery for depositing thin film coatings.

With the process equipment, the production process and, in some cases, the end product under one roof, Jens controls the entire value chain, which he aspires to patent to such an extent that competitors from all over the world are kept at bay.

“Some 15 years ago, we first contacted Patrade for advice, because we wanted to draft a patent application for the process equipment, that is, the part of the machinery that manufactures the thin film. Along the way, we’ve learnt that we need to be closer to the patent for the end product in order to stay ahead of the game and protect our business,” says Jens, and he elaborates:

“We once had a colleague who explained it quite succinctly: If you can’t walk through the plant and see what it is you’re protecting, then it makes no sense.”

This explanation implies that you can spend a lot of resources protecting something inside the machine, but it makes it difficult to see if a third party is infringing your rights. You should instead focus on protecting the entire value chain from process equipment and production process to end product. Not least because the range of patents will ensure that the company has protected all parts of its business from a purely legal perspective.

“We want to use patents to ring-fence and protect our business and to keep the competition at bay,” says Jens, stressing that it’s an ongoing process.

“In order to maintain a competitive edge, it’s essential that you keep protecting your processes and products. This is crucial if you want to be strongly positioned in the global industry in which we operate,” he says.

“If you can’t walk through the plant and see what it is you’re protecting, then it makes no sense.”