Anders Hansen is an inventor. He is committed to making a difference in the world. He also feels that he has run enough businesses in his life.

So when, in 2015, his wife came up with the idea for a sensory cushion that plays music which changes depending on how you touch or hold it, his initial reaction was that he really did not want to pursue it.
“My mother-in-law suffered from dementia, and we noticed her urge to touch things. On the other hand, we felt that it signified a loss of dignity for an adult to be petting a toy-like robotic animal. That’s why my wife got the idea for a cushion, which plays music and reacts to your movements, meaning the music changes depending on whether you hug it, are walking around with it or you put it down,” explains Anders, whose first reaction was to pass on the idea to someone else.

His wife replied that, if he did that, the end product would never be what they were imagining it could be.

“That comment engendered feelings and ambitions in me and made me change my mind. You see, both the ethical and the aesthetical aspects – how the cushion should be used and marketed and what it should look like – were important elements that I really didn’t want to leave up to, say, a pharmaceutical company.”

Having made that decision, Anders and his wife entered a whole new world, in which they needed help to ensure that their thoughts, their time and money would not come to nothing.

“When you’ve got an early-stage idea and you’re not sure whether it’ll fly, it’s very difficult to know whether you’re doing the right thing. Is this a good enough idea, and if so, how on earth would you drive it forward? Should you try to patent it, so someone else doesn’t just swoop in and reproduce it, or should you do something else,” says Anders. The couple decided to contact Patrade. 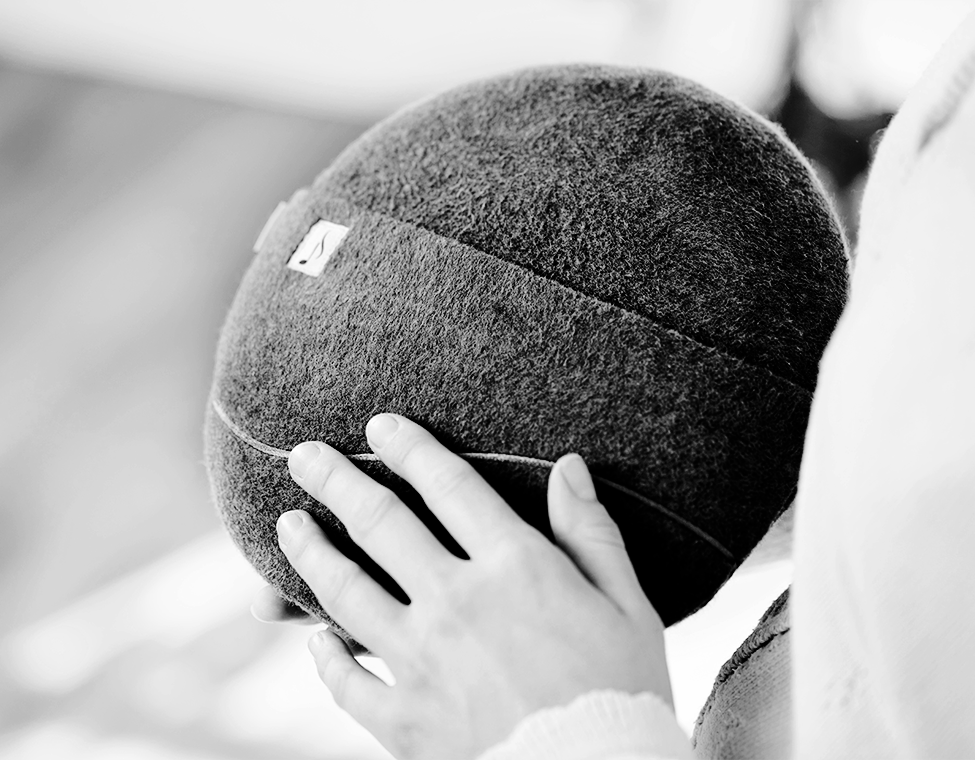 Valuable help in an unfamiliar world

Patrade quickly established that the couple’s invention met the three main conditions for obtaining a patent: it must be new, it must be inventive, meaning it must differ significantly from existing inventions, and it must have industrial applicability.

“I was expecting them to have this special room for crazy inventions, and that they’d have a bit of a laugh at our expense. But they didn’t have an inventors’ room, and we didn’t become a laughing stock. On the contrary, we received valuable help during a process that was completely new to us,” says Anders, and he explains:

“Applying for a patent is like entering a whole new world, and when you seek help outside your comfort zone, you’re often disappointed. But sometimes you’re lucky enough to encounter a person or a company where you feel immediately that they understand you completely from the very beginning and that you are dealing with top professionals. That was the impression we got when we met with Patrade’s patent adviser. He understood right from the start who we were, what we were looking for and what it would take to protect our idea,” he says.

Then followed a nerve-racking process of patenting the technology used in the cushion, that is, the fundamental technology converting touch into sound which gives the cushion the capability to 'respond' depending on how you handle it.

“You feel very vulnerable and alone, because you can’t tell anyone about your invention. That’s why it’s so important to have someone you can use as a sounding board, someone you feel knows what they’re doing,” says Anders.

Today, the couple hold the rights to a product that gives people with dementia, dentophobia, people in end-of-life care, mentally ill or traumatised persons a sense of calm, comfort and a feeling of belonging.

“Many relatives get the feeling that there’s only a shell remaining of their family member living with dementia. I’ve received very touching e-mails from people all over the world, explaining how they feel they’ve got their old mum or dad back after she or he began to use the cushion. That’s a fantastic experience,” says Anders.

“We hope the name will eventually become synonymous with sensory stimulation cushions. To that end, the patent has been an important milestone which gave us the time and space we needed to further develop the product. It’s now available in more than twenty countries, including in places as different as New Zealand, Iceland, Taiwan and Japan,” says Anders, who also values the multi-faceted aspects of Patrade’s advisory services.

“They asked us if we thought a patent was necessary, because it doesn’t come cheap, and perhaps we could protect the idea simply by telling a trade journal how the cushion works. We opted for a patent, because we see it as a kind of preventative protection similar to putting a lock on your door. It gives you a sense of security and helps us focus on using our creative energy, which is the very thing that we live for,” he says.

“Patrade’s patent adviser understood right from the start who we were, what we were looking for and what it would take to protect our idea”