The Ammega Group’s modular division, manufacturing modular belts that convey anything from rice and pasta to cars, pharmaceuticals and airport baggage, is headquartered in Vejle, Denmark. Its customers are all over the world.

‘Modular’ means that the conveyor belts are built in sections, allowing for easy disassembly and replacement of individual parts. The parts are put together like bricks, but instead of mortar, round pins are used to hold the sections together, depending on the type of product to be conveyed. The belts can be up to six metres wide and 200 metres long.

“It’s essential to our customers that the conveyor belts operate reliably. If airport baggage carousels don’t move, no planes can take off, and if a conveyor belt in a food company doesn’t move, the products won’t reach the supermarkets in time,” explains Kenneth Westergaard, Global Head of Development at Ammega. 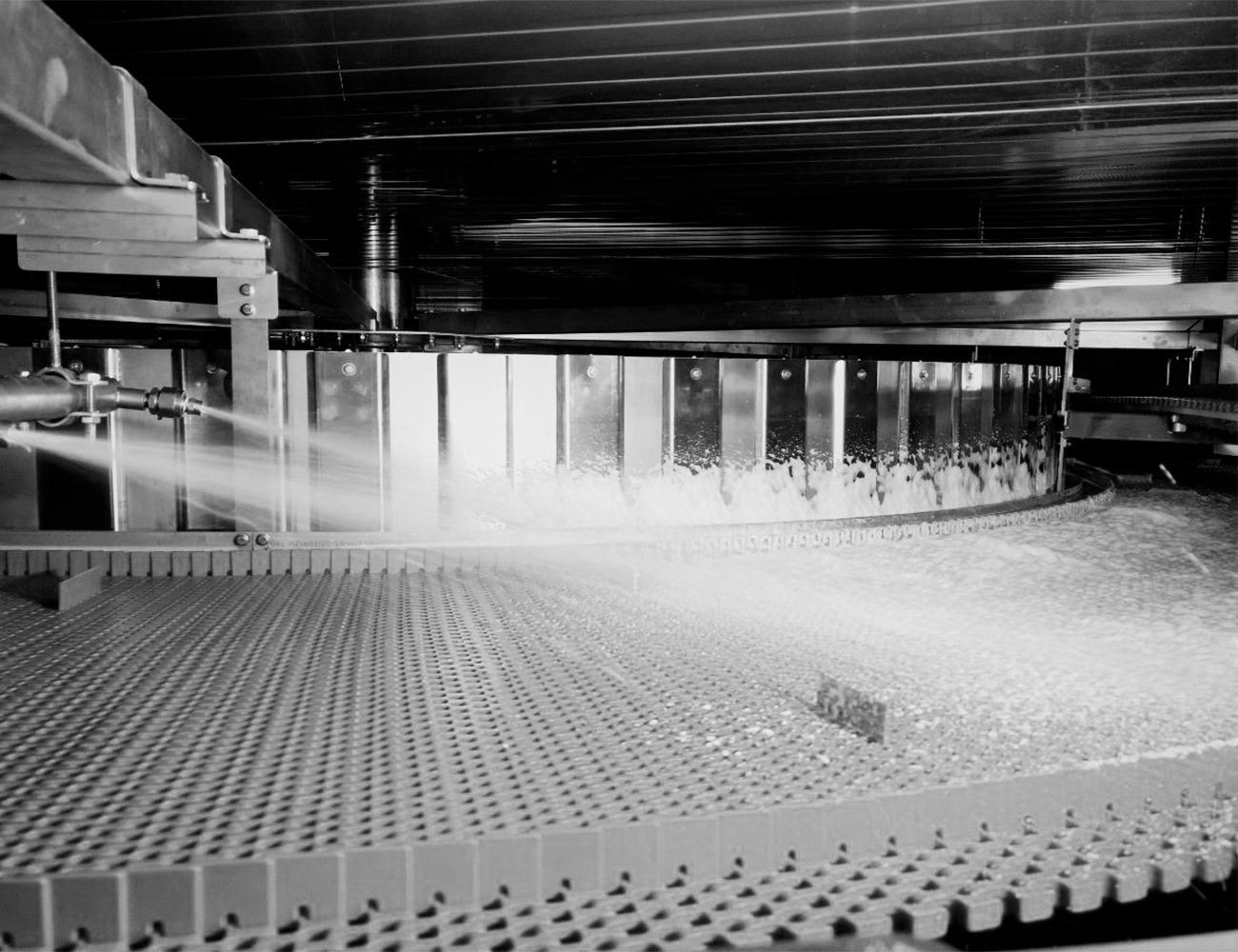 With patents you can control the market

There are many conveyor belt manufacturers in the world, so in addition to providing high-quality solutions, Ammega must be able to deliver the right conveyor belt solution before its competitors, meaning deadlines are often quite tight.

“Our belts may be used in all kinds of industries, which means that we need to be extremely agile when we enter a new industry. A new industry requires a new solution, which we continuously need to be able to protect quickly,” says Kenneth Westergaard.

Since the early 1990s, Ammega has turned to Patrade for patent management assistance. With the help of Patrade, Ammega is able to close the order quickly and get a head start on any competitors.

“Patents mean everything to us. They’re key to ensuring that we can control the markets in which we’ve got a presence and that we’ve got a healthy business. When we take out a patent, we know that it’ll take three to four years before our competition is ready to market a similar product. By that time, we’ll have built the knowledge and trust required to ensure that we stay ahead of the game and that those who might come after will remain behind. That tends to deter many competitors. And should a competitor decide to have a go at making an alternative, the process will be more expensive, which also acts as a deterrent,” Kenneth sums up.

Kenneth often involves Patrade at a very early stage in the process to make sure that Ammega has a competitive edge.

“When I’ve seen a project, I may call Patrade’s team on a Tuesday night to tell them about an idea, and they’ll then make sure that a patent application matching the project is drafted ASAP. That quite simply gives us a head start on the competition,” says Kenneth, who encourages other companies to do the same.

“If you’ve got a good idea, it’s important to file a patent application quickly, then you can always see how it goes. Once you’ve explained your concept, you have a window of twelve months to solve any issues and fine-tune your patent. During that time, you’ll also find out whether your idea actually works. I make sure to file a patent application for everything I do, because you never know if it’ll turn out to be something really good. And if not, you can always just drop it,” he says.

Ammega’s product is critical to its customers’ ability to get the right products on the market at the right time, and with the patents in hand, Ammega’s conveyor belts become more relevant to the customers.

“It provides added value to the customers in their operations and production, and then all of a sudden, the discussion isn’t about price, but about problem-solving. We can’t keep the competition away forever, but we can get a head start, because the patents provide protection for a period of time.”

“Our patents ensure that we get a head start on the competition.”